Well let's start at the begining I suppose.

The little guy was a viking for Halloween. For him I sewed up some faux fur boot covers and fur vest. It was raining and yucky out so we did not stay out long although he was pretty warm. He even had on a fake red beard and hair under his horned helmet.

Then I got started on sewing for Christmas... 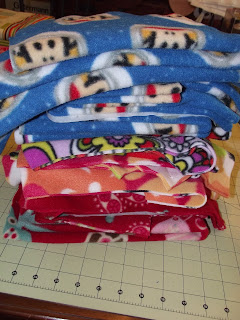 This is after cutting but before sewing them up, of course, I have already wrapped all of these up. It is the same Imke pattern that I have used in the past but this time with long sleeves and made of fleece.
Then I had to pack up the entire sewing dining room for Thanksgiving. We had just over 25 people at our house and everything was fabulous. I tried out a few new recipes and they were really good.
I did my own homemade cranberry sauce which is SO much better than canned. It is also so easy so I don't know why I never tried it before. I also made corn casserole--also YUMM-O!

Okay so then black friday happened which was a little like this: 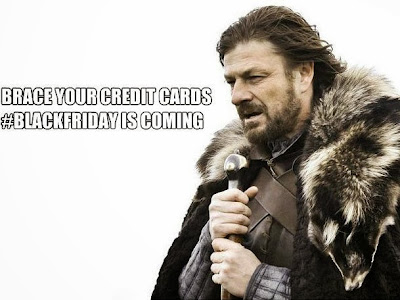 No not really...BUT I did go to two different Kohl's and JoAnn Fabrics as well as a few other stores. Yeah, I am that crazy.

Then back to the sewing.

I made a stinkin' adorable kimono pj set for my nephew, Baby Eric as my son calls him. 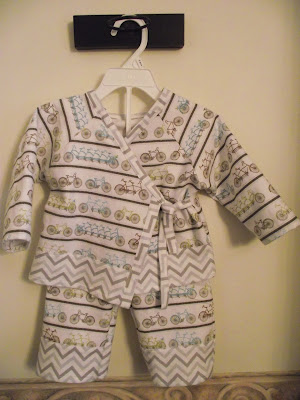 It is from the Amy Butler book.
Little Stitches for Little Ones.
It is actually the outfit on the cover. I made it with some of my JoAnn's $1.99 flannel from Black Friday. 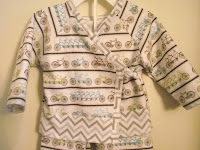 Then I made my neice a coloring book dress for her birthday. It is a reversible dress with a very light purple on the inside because it is her favorite color. 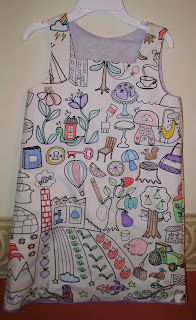 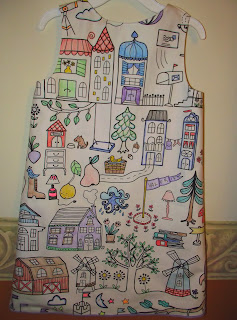 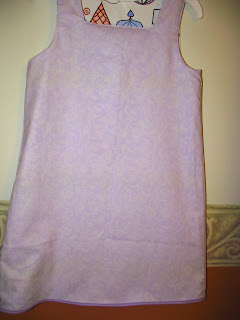 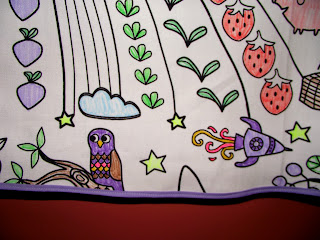 Last and not least I made some hanging dish towels.
I used kleiosbelly pattern. That link takes you right to the PDF.
I used another Black Friday score to whip these up. The towels themselves are The Big One hand towels from Kohls that I cut it half.
Total cost for each set $1.99 because of stashed fabric usage! 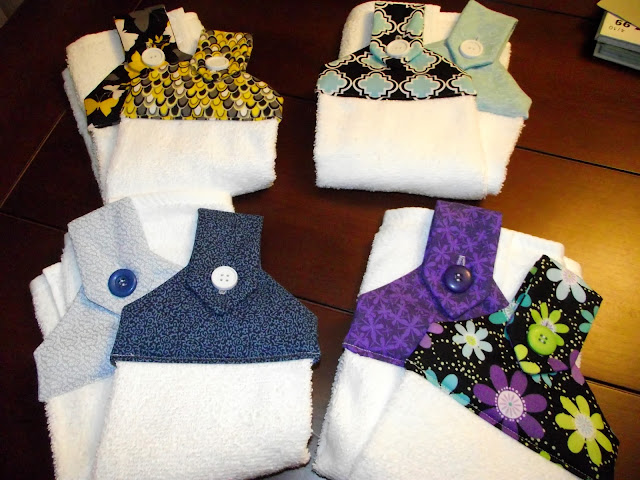 I think that I only need to sew up some new PJ's for the little man
and this mama is done Christmas sewing.
What are y'all making up for Christmas??
Posted by Susan @ MadebyMommainPA.Blogspot.Com at Sunday, December 01, 2013 No comments: