So like I said before my little man wanted to be a modern day robin hood. I know I already have shown you how to make his rocking boot covers. For the main part of his costume I have made another Zander's hoodie.

I love the Zander pattern from Everything Your Mama Made. I have made him one before that I loved in the vest version and I knew it could be awesome as a modern day robin hood. 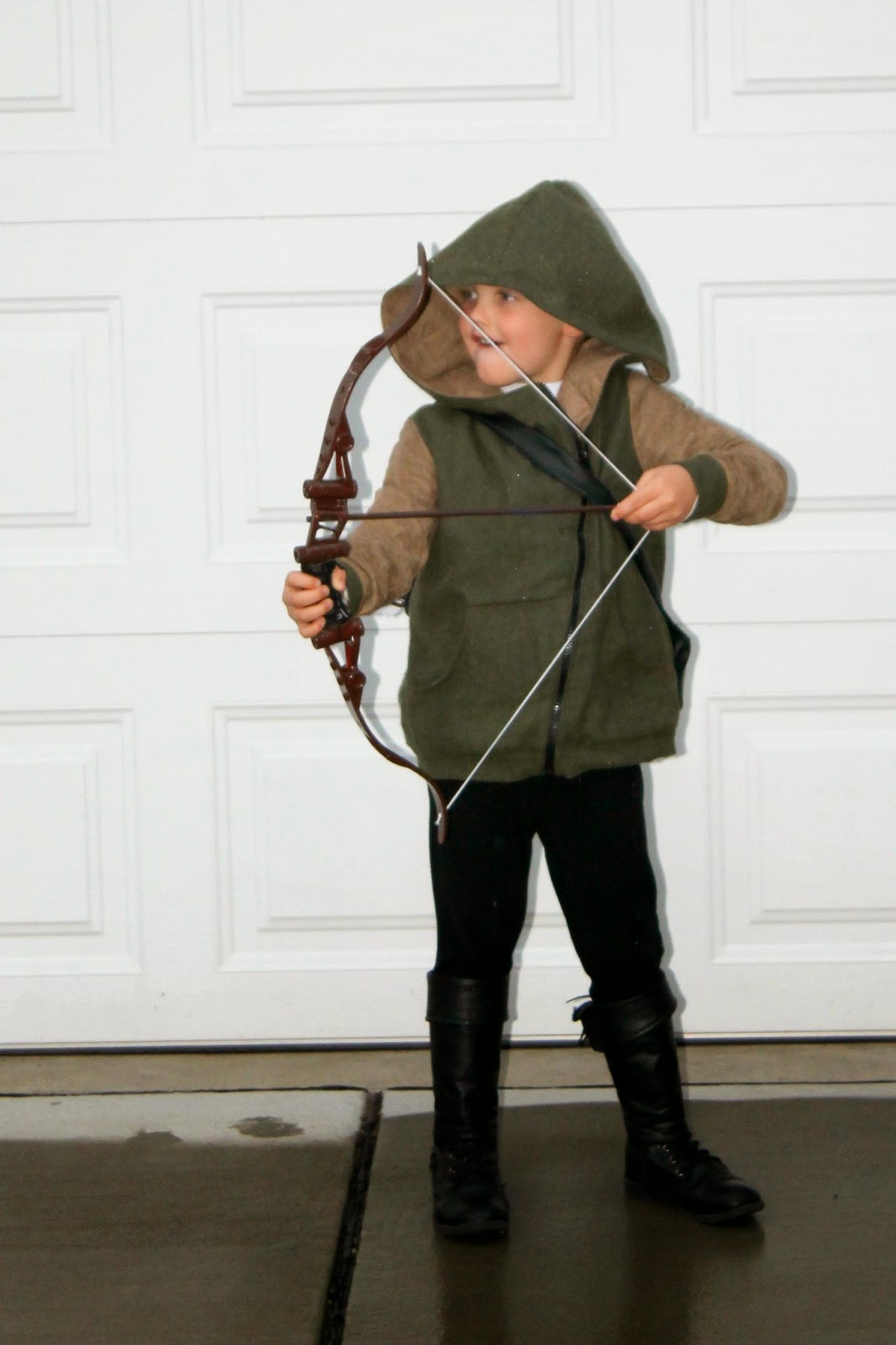 I used a pre-quilted suede for the lining of the jacket and the sleeves and a green houndstooth suiting material for the outer fabric. They both came from JoAnn Fabrics and were pretty reasonably priced.

I decided that if I was making him a costume again it would have to be wearable after Halloween and the Zander definitely fit the bill and all the pattern pieces were already cut out from the last one so it was a breeze to sew up this version. 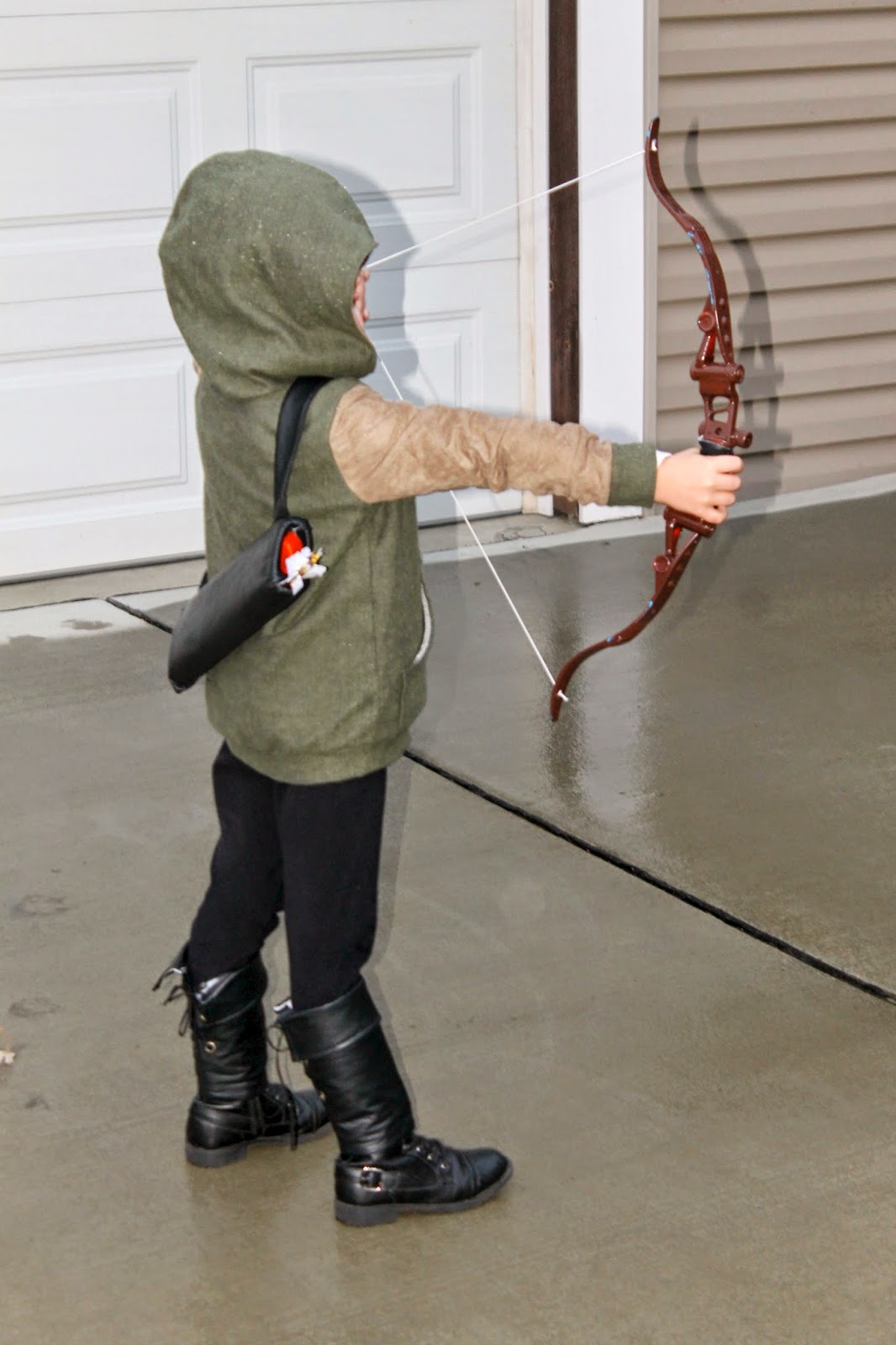 For the required Robin Hood accessories--I bought a toy bow and arrow set from the Toys R Us and spray painted it brown. Also used some leftover scraps from the boot covers to wrap around the handle of the bow. To make the quiver more realistic I sewed up a straight pocket to slip over the plastic one (see the original red peeking out?) attaching the strap to the top and bottom of the side seam.

Also not shown a small pouch made with the quilted suede and a leather lace draw string for keeping Robin Hood's money in. However, son like mother he spends it(meaning-lost it) faster than a blink of an eye. HaHaHaa!

Posted by Susan @ MadebyMommainPA.Blogspot.Com at Saturday, November 01, 2014 No comments: