Who's ready for Halloween??

I know I am not done yet!

This year my son has decided that he would like to be Robin Hood. I think really he just wanted to carry bow and arrows of course.

I decided to go with Russel Crow's more modern and rugged Robin Hood
rather than the cartoon fox version of Robin Hood. 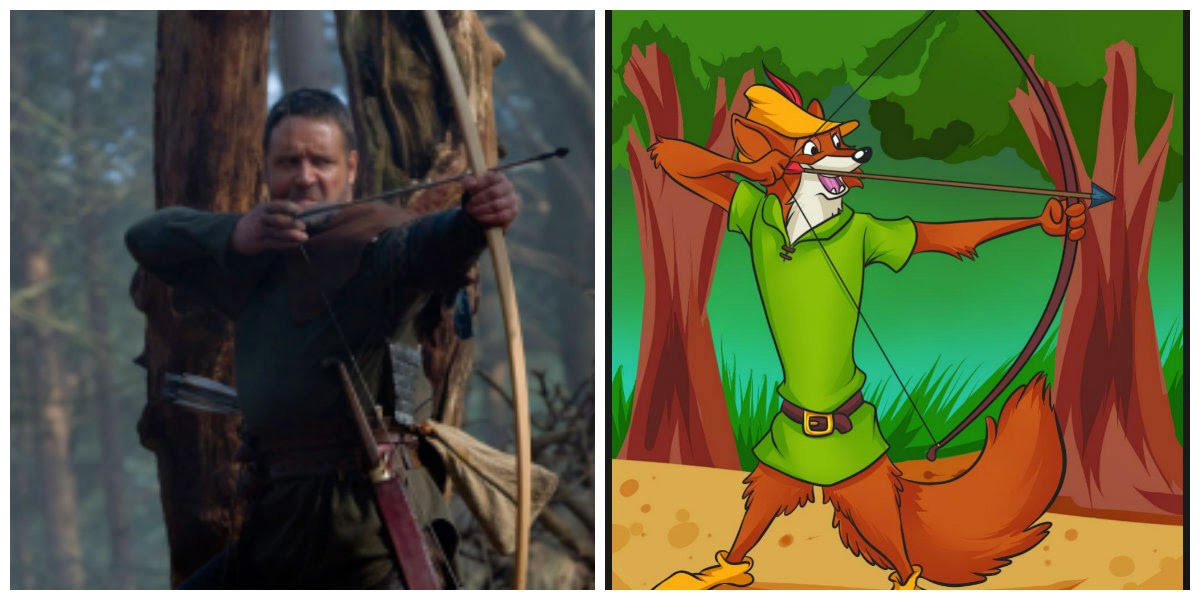 It would have been easier to make the cartoon version with some green felt.
However, my little guy would not have something functional to wear later.

I have the Robin Hood jacket done and the boot covers.
I'll be sharing the new an improved faux leather boot cover tutorial tomorrow.
until then you can check out my previous felt vesion version HERE.
Posted by Susan @ MadebyMommainPA.Blogspot.Com at Saturday, October 11, 2014